About 50 people showed up, crowding upstairs in the historic downtown club in a hubbub of nice-to-meet-yous and been-a-long-times. Late word of the gathering provoked a mix of curiosity, consternation and criticism among some Black community members. “After watching horrible journalism divide the Black community, I find it interesting that the press is having a diversity mixer,” read one tweet from a prominent Black businesswoman.

The relationship between local newsrooms and Colorado’s Black communities is riven by fault lines. It has had its moments of connection and trust in specific reporters at specific times, but communities of color have for decades seen their lives rendered unrecognizable by stories that have depicted their neighborhoods as full of crime and empty of value. Stories that paved the way for neighborhood disinvestment and displacement. More recently, parts of Denver’s Black community have condemned local news coverage of anonymous — and, an investigation later determined, unsubstantiated — sexual assault allegations against Denver school board member Tay Anderson, a Black man.

This was the ground upon which community and journalists met. The conversation, hosted by the Press Club, the Colorado News Collaborative, the Denver Post, 9News, and Colorado Public Radio, picked up the thread of a longrunning, if episodic, discussion about how newsrooms can better report on Black life in Colorado. It may have been the first cooperative effort among local newsrooms as we move toward systemic rather than incremental changes in how we build trust with communities of color.

“It is about building trust more than it is about having the conversation,” Auset Maryam, founder and executive director of Victory Project-based Academics and Competency, told me. “And building trust is entering our environments and entering events that are happening for us, by us.”

In trying to create an atmosphere for candor, we did not record the gathering. So I cannot give you the back and forth of the night, the moments of vulnerability, expressions of empowerment, the lighthearted camaraderie and blunt critique. I can distill what I heard from Black community and Black journalists. Their message was not new. It is no less urgent:

We possess a vast range of experiences, insights, expertise, family and professional lives. We are a complicated community. Report on us as such. Write about us as such. Include us as such. Give us the time and space in your newspapers, online sites, radio shows, television programming to speak for ourselves. Share your power to decide how people see us. Our oppression is real. But to constantly frame even our joy and accomplishment through that pain, through what we have lacked rather than what we have contributed, is to deny us our humanity and dignity.

“I don’t think we have normalized Black success …  it’s ‘you’re the exception.’” Dwinita Mosby Tyler, who heads The Equity Project and who helped guide the discussion, told me later. “I think we are miles and miles away from talking like that, not just in journalism, but in general. We cherry pick what excellence looks like when it comes to Black people and white people get to do the cherry picking.”

What will signal real change, I asked several community members and journalists.

“A level of atonement” Maryam said. “I think a lot of times we are so eager to do that we forget how important it is to say, ‘We have failed. We apologize.’”

The next step is action, she said. “Changed behavior is the best apology. When we see folks actually showing up to our events …  I don’t even know that it means that you actually publish as much as it means just showing up.”

The need for consistent demonstrations of good faith was echoed by Ryan Ross, CEO of the Urban Leadership Foundation of Colorado, who also helped guide the conversation. Here’s what happens all too often, he said: A community member asks for coverage of something. Have you called other newsrooms, the reporter replies. Well. yes, says the community member. And then it’s: “Oh. Well, we don’t really have the resources to be there.”

But Ross went on, “if there is a driveby shooting that happens in the community, suddenly resources aren’t a problem. Everyone is covering it. And that speaks volumes to community members.”

It came down to something that CPR’s new managing editor of accountability and outreach, Sherkiya Wedgeworth, a native Denverite and Black journalist, often says. “Be present. Be accountable. Be intentional.”

What I heard, too, echoed recommendations by a group of Black community members and journalists who came together in a working group as part of the News Voices: Colorado project, a partnership of Free Press, COLab and Colorado Media Project. “History and herstory” is being made by the metro area’s Black residents, working group member Tiya Trent said, and only when she sees stories that capture “the greatness and the magic” will she believe change is for real.

Yes, the work ahead is daunting, Mosby Tyler said, but at least we are talking about equity, the economic, legal and social structures that have deliberately kept communities of color marginalized. “We are talking about systems now and dismantling systems and that’s what we need to remember when we get impatient and mad. We just got started…

“I feel hope — even in this complex time — because I have never seen so many people who don’t look like me caring about me and my lived experiences. Now, we need to collectively figure out what to do with it and we don’t have a lot of practice working collectively.” 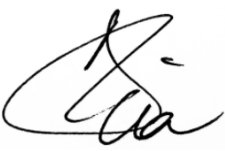 This post was sent as a letter to our email subscribers on Tuesday, October 26, 2021. Join our email list to learn more about COLab and the work we are doing.

Progress and Inequity in Colorado

We’re out with our latest installment of Chasing Progress, our collaborative reporting project examining equity gaps in Colorado.  Yesterday’s piece is by John Herrick of the nonprofit The