Inside the News: He Streamed the Boulder Shooting Scene for Hours. Was He a ‘Journalist?’ Does It Matter?

Typically, when Dean Schiller is looking to film law enforcement activity, he seeks something out by listening to a police scanner. On Monday, he said the something came to him.

Schiller livestreams his interactions with Colorado cops and broadcasts them over a YouTube channel called ZFG Videography. Some of his previous work fits in with a movement in which people film and post videos of officers in public, and sometimes sue on First Amendment grounds if they’re improperly confronted.

“This time I just happened to be shopping,” he told media outside the Boulder King Soopers where police say a lone gunman opened fire, killing 10 people. “I heard several really loud bangs, sounded like gunshots. … I fired up the livestream.”

What happened next was surreal. For the following three hours, upwards of 30,000 people watched in real-time as Schiller livestreamed graphic images of motionless bodies and unfolding mayhem. He was in the store as shots rang out. He warned others outside about a shooter indoors and asked an elderly couple if they were OK. He filmed as police in tactical gear swarmed the grocery store and as they scrambled up on the roof and ringed the area with SWAT vehicles. He captured footage of cops escorting from the building a heavyset bearded man clad in his underwear, one leg red with blood. “They’ve got him in handcuffs so it leads me to believe that this is a suspect,” Schiller said as he filmed. He shouted questions at police asking if they caught the shooter. “Everyone wants to know,” he yelled. “The world is watching.”

Schiller’s video, peppered with his own commentary, speculation, and profane outbursts at police who tried to move him from the scene, rocketed around social media — but largely outside the feeds and coverage of many professional journalists and news organizations.

I tweeted some limited information about the livestream’s existence, but didn’t link to it, figuring if someone wanted to find it they could easily enough. I just didn’t feel comfortable sharing a link myself. Meanwhile, I was glued to it.

In 2019, when Westword reported Schiller and an associate filed a lawsuit against Boulder police for false arrest after filming an officer on a public sidewalk, the alternative weekly described him as a “rebel videographer” and “citizen journalist.” Throughout his livestream, Schiller said he was engaged in reporting.

“I’m a journalist,” he shouted at officers who asked him to relocate. “There’s a lot of people who want to watch this right now, so I’m willing to risk my life for this. I’m doing a public service.”

About an hour in, as he zipped around in search of better angles, he told his viewers, “I’m just going to keep reporting. We’ll see what happens.”

Later, he flipped officers the bird and berated them when they tried to move him back. “I’m a f—— journalist,” he yelled and called them names. Asked his name, he said “F— Off is my last name.”

As the scene calmed, TV journalists approached him, requested to use his footage, and interviewed him as an eye-witness source. After a while, it became clear some who were following along online were also recognizing him in real life at the scene. “Yo, brother,” a man called out. “Amazing work … been watching you since the first minute, bro. Incredible.”

Later, when Schiller arrived at a second location where police had swarmed a residence, another man, sounding incredulous, asked, “Didn’t I see you on TV?”

‘Who says I’m not a journalist?’

That night, ABC News would air Schiller’s footage during its national newscast. The Washington Post would lead with his account. Multiple news outlets would reference him and what he captured in various ways.

“Who says I’m not a journalist?” Schiller asked at one point during his hours-long, adrenalin-fueled run as he racked up the views.

I’m not sure the answer really matters.

The more interesting questions lie in whether he served the public’s interest with a live, unfiltered account of an ongoing mass shooting, and in how his livestream lay bare the fragmented reality of media consumption.

Some will scorn his behavior or say YouTube shouldn’t allow footage of dead bodies. Others might scold him for potentially giving away the tactical location or strategies of law enforcement during an active-shooter situation that could potentially put others at risk. Credentialed journalists could say his kind of behavior might cause issues for them with police when identifying themselves while covering chaotic scenes in the future.

It’s worth recalling how during Denver’s summer protests, officers argued they had trouble identifying who was press and who wasn’t. Denver’s department of public safety director, Murphy Robinson, later said it’s not his job to define “who press are” and said that when he asked someone who they were with at one protest, he was told: “I’m with my family newsletter.”

In The Elements of Journalism, Bill Kovach and Tom Rosenstiel write, “The question people should ask is whether or not the person in question is doing journalism.” Does the work “proceed from an adherence to the principles of truthfulness, an allegiance to citizens, and to informing rather than manipulating — concepts that set journalism apart from other forms of communication?”

The new delivery systems and formats “may be journalism or they may be political activism,” they write. “They may be lie-mongering or they may be incisive academic debate. The issue is not where the information appears. The issue is the nature of the work itself. … But communication and journalism are not interchangeable terms. Anyone can be a journalist. Not everyone is.”

Despite his belligerence toward officers, Schiller was informing rather than manipulating. He might have passed on some information to others as he heard it without a strict process for verification, but that’s different from lie-mongering. Was he adhering to an allegiance to citizens during his livestream? I’d say so.

Watching live on YouTube for those few hours on Monday was perhaps the most surreal experience I’ve ever had following a breaking news event, and I certainly feel more knowledgeable about what happened than had I not seen it. I also know it’s not for everyone.

In our disrupted digital age, it doesn’t have to be.

Corey Hutchins is a journalism instructor at Colorado College and a contributor to Columbia Journalism Review, The Washington Post, and other news outlets. This column is produced with support from the Colorado Media Project, and is distributed statewide via the Colorado News Collaborative. Interested in an insider’s look at the news behind the news in Colorado? Sign up here for Corey’s weekly email newsletter. 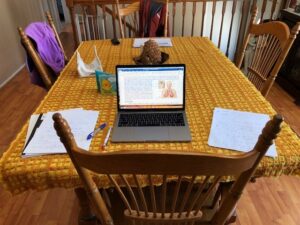 For nearly three decades, Dr. Mercedes Rincon has studied a molecule so obscure and unremarkable that even her colleagues tease her about it. 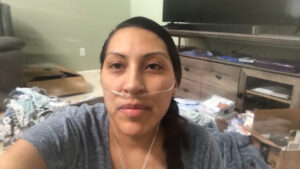 Adilene Guajardo, Denver7 – thedenverchannel.com Cat Garcia had been waiting for the call from the nurses at the neonatal intensive care unit, hoping to hear